This building was shown to be in existence on the Ordnance Survey mapping of 1858. It was the house and office of the resident manager, known as a viewer and his officials. Sometimes also referred to as the pay office, it was for most of the first 100 years of the colliery the main administration building. The exact building date is not known, but it could date from the very beginning of the colliery in the 1820s and 30s. This is a two storey building with the living accommodation on the upper floor, a similar house can be seen at the end of Pit Row in Beamish Museum, but in 1859 a row of 40 terraced cottages, called Office Row, was attached to the manager’s house. These were demolished in the 1960s. 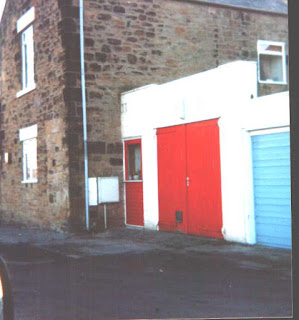 One of only a few survivals of a stone-built building among all the brick houses. In 1861 this was the butcher’s shop and dwelling of Samuel Pollock. A building is, however, marked at this site on the 1858 OS mapping. A 1920s photo indicates that the building was probably a former semi-detached dwelling house with one half later converted to a butcher’s shop. The building could be from the 1830-40s when the street was first being developed. In a trade directory Joseph Morrison is listed as the butcher and proprietor here. The Morrison family remained in the business until the 1980s. Formerly, all of the buildings in this street were of a similar style but in the early 20th century were demolished to make way for the housing and pubs we see today, with stone being replaced with brick as the favoured material. The stone was quarried commercially by Adam Tate and Co at sites near the farm. 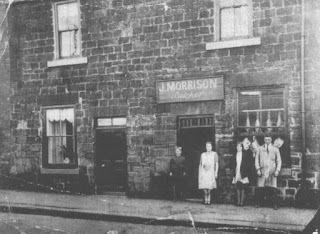 Behind the modern rendering is an old stone-built building dating from between 1828 and 1841. The other pubs in Burradon were rebuilt and modernised around the 1900 period as was fashionable at the time, although the Travellers Rest did undergo some structural work in the latter part of the 20th century having many small rooms made into one open space. It continues to be known locally as the Beerhouse. The Beerhouse Act enabled a license to be bought to brew and sell beer for only two guineas without the need to gain approval of magistrates. It was hoped that the competition from the sale of cheap beer would help wean the working class away from the consumption of gin, which was proving to be ruinous.

This is the last surviving part of three terraces that once occupied the space of Fryer’s Millennium Green consisting of seventeen houses. The property on the left was converted into a dwelling in recent times from a shop premises. The properties were built in 1861 by the manager of Burradon Colliery. As well as being a property developer he also went on to own pubs in Byker. The shop was at first the Post Office ran by Fryer’s son-in-law and then was leased for a few years by the fledgling Cramlington and District Co-operative Society as a store. The Fryers had moved away by the 1920s and older residents may know this shop by the name of the long-standing shopkeeper Paddy Mills. 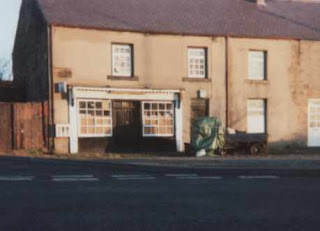 Looking at the board on your left was the original site of the colliery buildings. The yard and spoil heap covered most of the landscaped area now visible. The path away to the right was the course of a railway running all the way to Willington where the coal was shipped from the Tyne.

This tower was a small defensible tower house. There were many of them in the area although this one was smaller than most and later in its construction. It was built for Bertram Anderson who was at the time a rising merchant and leading politician in Newcastle. He purchased the lands in Burradon from his uncle, George Orde whose ancestors had held Burradon land for centuries. Anderson wanted a rural base which brought status and prestige. Unfortunately, these were lawless time in the Border counties, reiving and conflict with Scotland being ever present, and anyone who had the means to do so built a defensible home. The tower was later used as the farm offices and was attached to the farmstead. It was not abandoned to become ruinous until 1859. 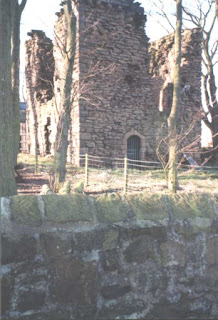 This building has been a dwelling house for well over a century now but it started life in the 1860s as a Primitive Methodist church. The Methodist movement had been popular with mineworkers of the district since the early 19th century, but disagreements had meant a split in the movement. The Weslyan Methodists had already built a church near where the Halfway House now stands in 1830. The Primitive Methodists sold this chapel beside the school to the Co-op Society in 1883 and it functioned as a store with drapery department until 1897. The PMs built a larger church further North on Burradon Road which was only demolished in the 1980s. The United Methodists also built a church in 1908 behind Fryer’s Terrace which has since been demolished no longer being needed after the closure of the colliery. 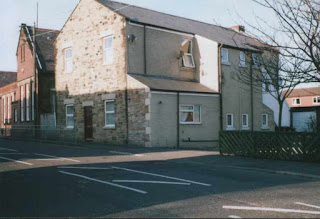 Church of the Good Shepherd

The Church of England did not manage to get a church established in Burradon until 1894. This was a chapel-of-ease to the parochial church at Killingworth. The first marraige was not performed here until 1979. The Methodist movement was the favoured religion of most mineworkers. The C of E was often considered to be the Tory party at prayer by miners. But not all working-class villagers were non-conformist and a stained glass window in the church commemorates Joseph Swan who was a stationary engine operator at Hill Head. It is said he lived in very humble circumstances.

This gives information on the rail line that was used to haul coals from Seaton Burn Collieries to the Tyne. A wagonway was first laid down here in the 1820s. The wagons were pulled via a rope from a stationary engine at Hill Head. A tunnel ran under the road in the days before locomotives did the hauling. It is possible the tunnel still exists.

The fields Malt Pool Close and New Intake near the farmstead show evidence of ridge and furrow, like waves in the ground. This is the result of medieval ploughing. A large ploughshare drawn by an ox leaves would turn a large amount of soil leaving these earthworks in the ground. When the land was subsequently enclosed in the c17th century the traces remained undisturbed.

A typical colliery village Co-op department store familiar throughout the area. Built in 1897, although the Co-operative Society had had a presence in the community since 1872. This building allowed an expansion and consolidation of services, as well as grocery provision, into one building, over the two storeys, such as butchery, cobblers and a dance hall. The second storey was destroyed by fire in the 1970s.

There are late 19th century shop buildings in stone which have continued in use ensuring their survival, although Weetslade Terrace shop became non-viable a couple of years ago and was converted into a dwelling. These various premises have been used as a butcher’s, post offices, a base for an undertaker and general dealers at various stages. The shop which is now a hairdressers was run by the long-standing and prominent Bolton family. Alexander Bolton was first listed at this shop in 1871 but probably built the premises in 1863. He was highly regarded and a well-known lay preacher for over half a century. His son, Joseph, took over the running of the shop and was still being listed on trade directories in 1938.

The plaque commemorates Burradon Colliery workers and the return of the winding wheel in 2001.