In a similar situation as is experienced today recreational clubs sprang up in Burradon as small groups of residents came together to share a common interest and then add an element of competition to the activity. The club or event would be funded by a small subscription, some fundraising and maybe a grant from an outside body, or the coalowners.

The colliery housing built in the period following the 1860s often featured a large garden. Allotments are also shown in a field near the village of Camperdown on the 1st edition Ordnance Survey map of c1858. Mineworkers were enthusiastic gardeners. But this was not just about subsistence. They organised competitions and shows to display the quality of their produce. Of course, there was always also the pub at weekends.

However, this activity was not organised sufficiently to be mentioned in the local newspapers until later in the 19th century. Brass band competitions were first briefly mentioned in the 1850s. They continued to grow in number and attendees. Colliery brass band start appearing on the lists of entrants by 1872 and in 1876 Burradon Brass Band is mentioned as one of the competitors. Brass bands played an important part of most colliery activities up until the closures of the 1960s-1980s. It was a great honour for any pitman to be selected to play for the village.

The 2nd edition Ordnance Survey mapping of c.1895 shows a recreation ground of five acres on the land immediately north of the school. In fact, it is in the same place that it is today, but only occupying about a third of the size. The map also shows an oval-shape running/cycling track. It is not clear who financed the purchase of the land at this time, although a mechanic's institute, which had some recreational function, was also built. This was financed from a number of sources, but a subscription was paid to use the facilities.

From the 1890s the Morpeth Herald was carrying almost weekly reports from sporting events and clubs, social gatherings and various shows. These included running, cycling and quoits. A gala in the 1890s featured many organised sports including wrestling. Rowing had been a hugely popular sport, both with competitors and spectators, during the late 19th century and early 20th century. Burradon is not mentioned in connection with this sport, not being on a river of course, although residents would have walked to Newcastle and Blyth to watch regattas. Association football quickly became popular after the 1880s, quickly overtaking rowing as the working-men's passion and Burradon had a team which was frequently reported on in the press. Sometimes this reporting was for all the wrong reasons. The games could often become violent, near riotous, with referees assaulted. It was speculated this was down to the high stakes involved. Gambling went hand-in-hand with organised sport, even at this local, grass roots level.

The Co-operative society opened a large store at Burradon in 1896, the Society being owned by members who were residents of the villages. This had a concert room upstairs which was the venue of many home-grown productions and concerts, including pantomimes.

By the 1920s there was a greater awareness and collaboration from the coal owners and the state towards the benefits of better welfare in the mining communities. It resulted in the formation of the Coal Industry Social Welfare Organisation. Better and more organised provision of recreation provision occurred soon after. Ralph Wilson tells of the enlargement of the recreation ground and formation of a bowling club in an article:

In 1924 a group of miners from Burradon and Weetslade collieries held a meeting with union officials, the colliery management and the welfare committee and following discussions it was agreed to improve the recreational facilities for the benefit of the employees of the colliery.
11.56 acres of land were purchased from Will Younger and the funds to create the welfare were provided by a weekly levy from the miners, the miner's welfare fund and a grant from the colliery fund.
The purchase of the freehold was completed on 31 March 1925 for £1,156.10 and the agreement included a clause which stated the land was to be used for the sole purpose of recreation and pleasure.
Commercial landscapers were appointed to prepare and layout the welfare facilities, which included the relocation of the football pitch, installation of the tennis courts, putting green, band stand, cricket pitch, children's playground, bowling green and pavilion.
The drainage for the bowling green was formed with a thick bed of ashes removed from the local ash heap from the household "middens". The top soil was taken from a hump in a local field and then a high quality sea washed Warkworth turf was laid. The area was contained by the construction of a sand stone wall.
Competitive bowling commenced in 1926 following the end of the General Strike and the completion of the facilities and during the subsequent years produced an active membership.
Approximately 1933, a ladies team was established and as a consequence of the high demand a second bowling green was provided which was subsequently converted into a putting green. Competitive bowling was restricted during the war, however, in 1944 Burradon was a founder member of the newly formed Northumberland Bowling Association (3 a side). Unfortunately, during the inaugural season Burradon and Blyth both dropped out of the league due to transport difficulties, however, both teams rejoined at the start of the 1945 season.

On April 20th 1939 work commenced on the building of the Welfare Hall. This finally opened on December 30th 1939 and was opened by James Bowman and James Taylor the colliery manager. It took over a lot of the functions once held in the Co-operative Hall, which was then converted to other uses.

The growing of vegetables remained a popular pastime throughout the mining districts until recent times. Every village would have their leek and vegetable show once a year. It was highly contested and quite a bit of prize money was often involved. The show lasted all weekend and into Monday. Many workmen took the Monday off work and it became a bit of a de facto bank holiday.

Some newspaper articles and images are below which give an example of the activities mentioned above, mostly from the 1890s: 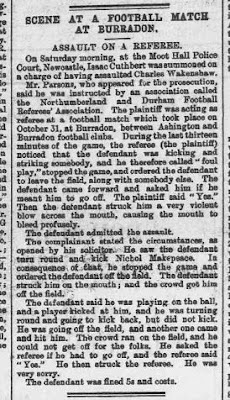 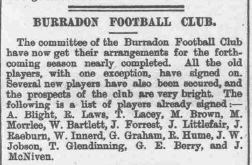 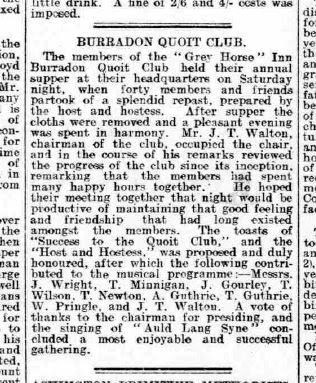 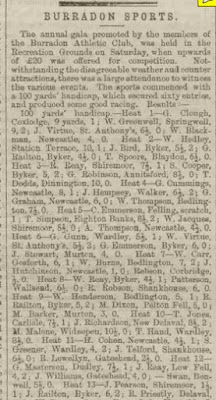 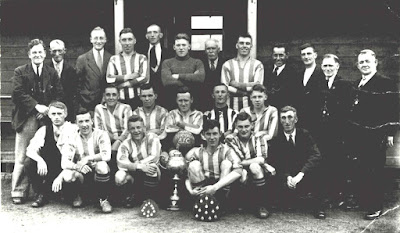 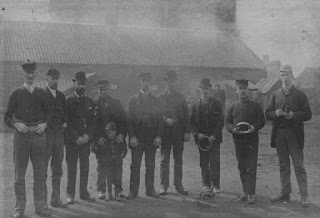 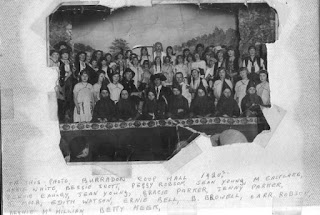 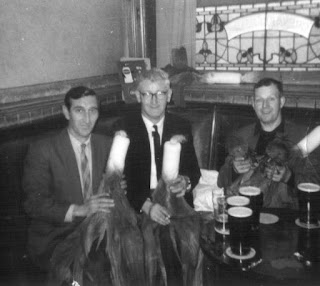 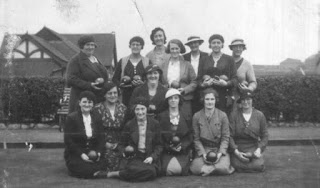